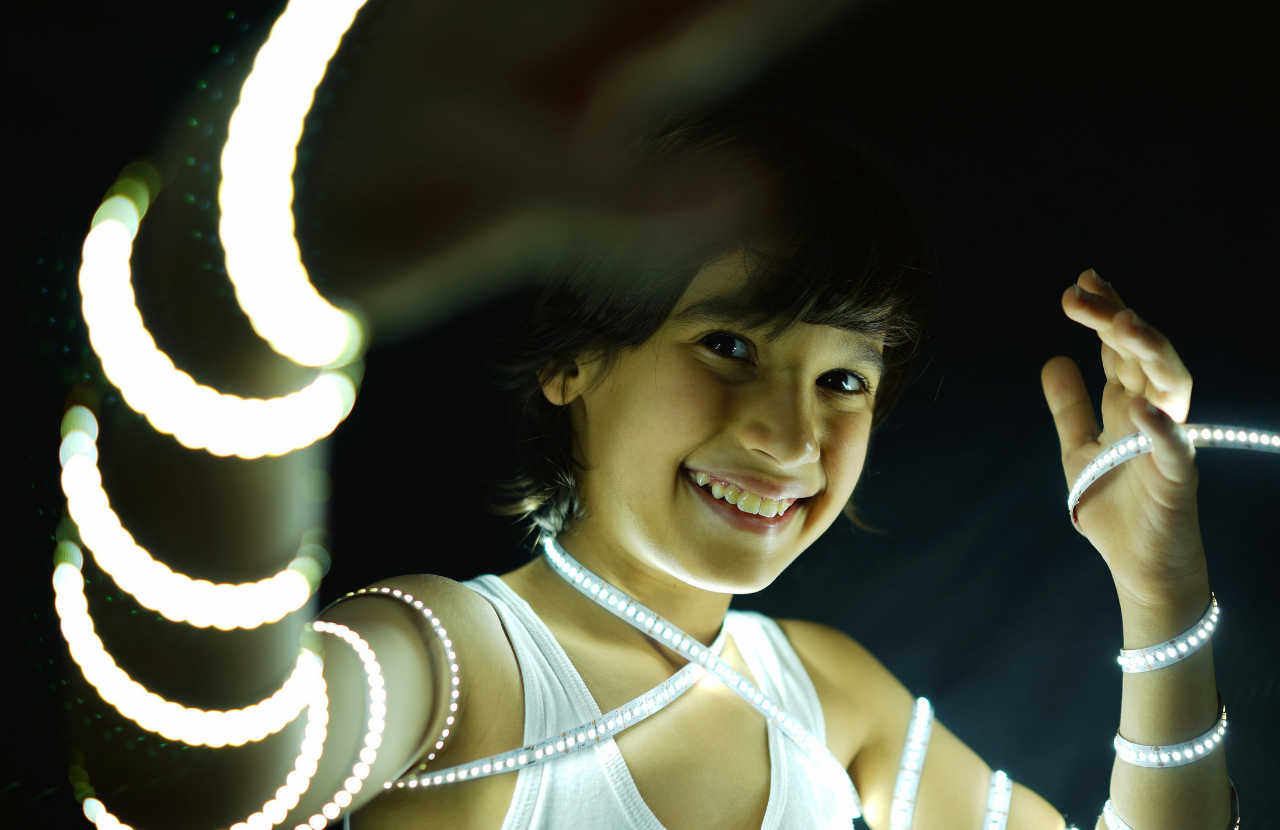 LED lights are popular these days due to their eye-catching colors and simple design. Aside from their magical appearance, these lights use less energy than traditional lights. Even with all of the benefits and advantages, you cannot ignore the health effects of these lights. For that, the question arises in mind, “Are LED Strip Lights Bad for My Eyes?”

The eyes are the most essential organs in human life. It created the human body’s sensory organs. According to studies, our sense of sight accounts for 80% of what we perceive. Vision occupies a much more significant portion of the brain than hearing, testing, touch, or smell combined.

Nobody wants this vital organ to be harmed, and there is some debate about whether LED strip lights are harmful to the eyes. Several people have expressed concern that prolonged exposure to UV rays from lights may increase the risk of cataracts and macular degeneration.

There is also concern that the light from LED strips will dry out people’s eyes. According to LED strip manufacturers, the lights are not bright or powerful enough to cause eye damage. Still, it is not advised that you take the risk. At the same time, there is no evidence of direct cause-and-effect damage caused by LED strips.

But in this article we will try to know are really led strip lights are bad for your eyes? Keep reading till the end to get the answer!

Are LED Strip Lights Bad For Your Eyes?

It’s no surprise that many people experience itchiness, redness in the eyes, and mild headaches after prolonged exposure to LED lights. The AMA says that lifelong exposure to blue peaks from LEDs can make people more likely to get cataracts and age-related macular degeneration.

According to studies, light emitted by LEDs can cause retinal changes if exposed to it for an extended period. But there have to know some more facts that Do LED bulbs produce enough blue light to harm the eyes?

The more water you drink, the worse it will be for you. That doesn’t mean that water is bad for the body.

It isn’t bad for your health if you don’t use more than one milliwatt per square centimeter of any color of visible light, infrared light, or even UVA light.

UVB light with a wavelength of 266 nm is hazardous to the eye. As little as two microwatts per square centimeter could cause damage to the eye’s cornea. This is called “flash burn” or “arc eye.” If this damage isn’t too bad, the body will usually fix it.

LED bulbs aren’t dangerous to your eyes because they emit blue light. I have been staring at computer screens for about 8 to 12 hours a day for more than 40 years, and I haven’t had any problems with my eyes. Most of the time, the screens were CRTs, fluorescent backlit, or LED-lit, but not all of the time. It’s about 6000K, which I use for most things. I get a lot of blue light.

LED bulbs are very bright, and if you stare at them for a long time, the intensity (technically the irradiance) will be above one milliwatt per square cm. That would not be good because of red and green light, not just blue light.

How Can You Keep Your Eyes Safe From LED Strip Lights?

The best way to protect your eyes from strip lights is to avoid staring at them directly. The amount of light that can harm your eyes is determined by the intensity and color of the light. So, if you want to avoid long-term harm, don’t stare at them. Because smart LEDs are easy to dim, lower the brightness whenever you are close to them. Let me share some more tips for avoiding the harmful effects of LED strip lighting.

According to most studies, LED lights cause eye discomfort only when an individual is exposed to blue light for an extended period.

I suppose there’s no reason for you to keep staring at them.

However, as a precaution, you should avoid staring at LED lights.

Most of us are crazy about home decor. My go-to solution for adorning my space is the LED strip light. I’ve tried a slew of DIY LED projects using gorgeous-looking LED strips.

Like the majority of you, I was concerned about the health of my eyes. I was worried about my eyes’ health because I wanted to purchase LED lights for various locations throughout my home.

Only high-energy blue light with wavelengths ranging from 415 to 455nn was hazardous during my research. So my goal was to buy LED strip lights with the least amount of blue light possible.

You can also find a reputable LED light supplier who specializes in LED strip lights with low blue light emissions.

Another simple method for reducing the risk of LED strip lights to the eyes is to place the strip lights where they won’t irritate my eyes.

I installed LED strip lights under the cabinets in my kitchen. They provide me with even lighting and do not cause glare in my eyes.

You can also place them beneath the bed, where they won’t fall directly into your eyes. Furthermore, LED strip lights under the bed can be used as night lamps.

Installing LED strip lights along your staircase is also a good idea. These beautiful LED lights will illuminate your staircase and help people climb up and down the stairs at night.

I recommend installing LED strip lights in areas where they will not bother your eyes.

Before using LED strip lights, you must read all of the manufacturer’s warnings.

Because LED lights are used for various purposes, you should purchase them based on your lumen requirements.

The lumen requirement for bedroom lighting, for example, should be between 180 and 500 Lumens per foot. Similarly, under cabinet lighting should not exceed 360 Lumens per square foot.

You won’t buy LED lights with intense blue light if you know which LED strip meets your Lumen requirements.

LED strip lights are not as bright as regular LED lights because we use them as mood lighting. As a result, they pose no risk to the eyes.

Is it worthwhile to replace LED strip lights with fluorescent bulbs?

No, there are several reasons why LED strip lights over fluorescent bulbs are preferred. It’s no surprise that blue light causes retinal damage, but the damage is reversible and curable. However, the bulbs emit UV radiation, linked to cancer. Compared to LED lights, the damage caused by other blubs and lighting sources is undeniably irreversible.

Furthermore, bulbs consume more power and energy, resulting in higher electric bills. On the other hand, LED lights use clean energy that is safe for the environment. You can also save money on your electric bills by replacing incandescent bulbs with LED lights. Doesn’t it sound fantastic? Yes, of course!

Overall, I believe that using LED strip lights is risk-free. It is not harmful to the eyes in any way. All of the risks and concerns identified are related to prolonged exposure to blue light.

LED strip lights are risk-free for two reasons. For starters, they do not exceed a specific limit for blue-light production. The second reason is that they are used for decoration. As a result, you have no reason to stare at them.

Furthermore, according to some research, LED strip lights are a relatively new product. As a result, there have been no long-term studies to assess the impact of their blue light on the eyes.

Take precautions, however, to be on the safe side and reduce the potential hazards of blue light.

I hope this in-depth article has answered all of your questions about the dangers of LED light to the eyes.